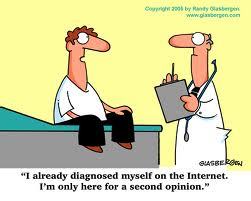 Anyone who has been touched by ADHD considers US-based Dr Hallowell as something of a guru. And, on the eve of ADHD Awareness month, the Crossley Family managed to persuade him across the pond to talk to those affected by ADHD in the UK. An author of 20 books, a self-professed ADHDer himself, with dyslexia, and a father to two ADHD boys – Ned Hallowell also runs a psychiatry practice in New York, and advocates what he calls a “strength-based” or positive approach to the condition.

At 64, he has some 25 years of experience under his belt, he refuses to see the complex neurological “disorder” as a disability – instead insisting that if he had a choice to have ADHD or not have it, then he’d keep it. Despite dishing out scripts for medication END_OF_DOCUMENT_TOKEN_TO_BE_REPLACED