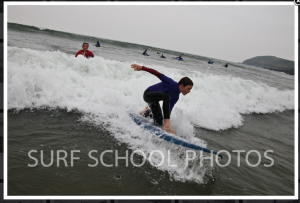 Today I learnt that my ADHD son returns to school not next week, but the week after. Arrggghhh.  He finished school on July 12, and it has been a long old break. His twin sister tells me that there was a Facebook post of all children returning to school looking miserable and a mother behind them jumping in the air with joy.

If the UK was America, my ADHDer would have been sent off to Summer Camp for weeks on end, because apparently that’s what benefits these children: structure, socialising and something new and different every day.

As it was, I managed one week of an Acting Course, which he threatened daily not to do (and then enjoyed when it finally started) and the rest was making it up as we went along to the tune of “What are we doing today/tomorrow/this afternoon?”. Last week, the sleepovers with friends, the lazy last resort of every desperate parent came to an abrupt end – when the swearing and general refusing to do any chores at all, from taking a plate from the table to clearing up spilt popcorn and a broken bowl – became too much. Transporting him to a sleepover at someone else’s house gave me the breathing space to pick up the the 52 playing cards from the floor of our trashed house, and say “Enough!” .

So now, we are toughing out the last week’s countdown, with the request of the psychiatrist to keep him on track with school work with an hour of tutoring a week. My fantasy of the tutor never materialised, and the ODD ensured that any conversation about hiring one brought on an attack of fingers in the ears and “La, la, la, la”. So it never quite happened, and now I am about to turn into that fantasy tutor so that an hour a week is crammed into seven hours over the next seven days.

But, we have survived. I have found something every day to do, and the Vacation Roadshow has kept on the road, with no major casualties. It beats the summer when I booked up a hundred courses and he was run over in front of the school bus and every course and family holiday cancelled as crutches and pins in his leg required daily dressing.

This summer, by fluke, we have found something we both like – Surfing. It may take a move to Devon to perfect, but being buffeted about in the sea and trying to stand on a plank as the waves roll in, was the closest we came to walking on water. To begin with, in a low moment, he complained that the waves “were bullying him”. Then, as confidence grew, he was doing a 180 turn on his board by a third session. As any parent of an ADHDer successfully managing their condition will tell you, finding something that they can master, preferably working up the scale in ability, is the answer to a happy life. We haven’t found “that thing” yet, but are working on it.

I’m not saying he is going to be the Michael Phelps (An ADHDer) of the Surfing world, but it was a  start. It certainly beat the alternative, being called a “douche bag” and a “retard” at The Very Last Sleepover At Home This Summer.